Resting behind what is now Clarke Central Middle School is an eleven-acre tract of land that transports us back in time. The Brooklyn Cemetery (formerly known as the Bethlehem Cemetery) was one of the first African American cemeteries in Athens, Georgia. Established in 1882, the cemetery served as a final resting ground for many of the residents of the Brooklyn/Hawthorne area, located on the western side of Athens. Nature and time have laid claim to much of the cemetery; some tombstones have fallen and are covered with ivy, other graves are completely unmarked. One wonders who all these people were and what stories and perspectives they might offer us today.

In 2006, Brooklyn area native Linda E. Davis and former Clarke Middle School teacher Karl Scott founded the Friends of Brooklyn Cemetery. The organization's goal is to restore, rebuild, and commemorate not only the cemetery grounds but, more importantly, the individuals laid to rest there. With the help of volunteers from the Athens community and relatives of those buried in the cemetery the difficult job of reclaiming and carefully restoring the site, removing rusted barbed wire, trash, fallen trees, and truckloads of debris had begun.

A Beechwood Hills neighbor, Meriwether Rhodes, has taken a great interest in the cemetery, not only in clearing the overgrowth, but also in cataloging the names on those graves which are marked.  So far she has discovered a list of more than 300 names and added them to a list of 198 which had been compiled by the Athens Historical Society in the 1990s. Over 40 graves are marked by veterans' tombstones, black Americans who fought overseas for their country in WWI, WWII, and Korea, and returned to a segregated South.

In addition to the work done by Rhodes, former Clarke Middle School student Roark Bailey completed his Eagle Project for scouting's highest rank by mapping many of the grave sites using GPS technology. By pinpointing exact grave locations, we have achieved a better understanding of the original layout of the cemetery, which contributes significantly to putting names to many of the unmarked graves.

In 2012, University of Georgia Prof. Katherine Melcher’s Landscape Architecture Community and Place Studio, worked with cemetery trustees to develop a master plan for the cemetery, which will help tremendously in the effort to restore and preserve the site. 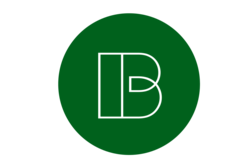